Alt+Tab Sucks: Run or Raise Instead

As a means of navigating between applications on your computer, Alt+Tab sucks.

When I'm working on a coding project, I often will have six or more different applications running simultaneously. At any given point in time, there is no reliable way to know where in the Alt+Tab stack the program that I want to use is.

For an operation as fundamental as switching between applications, which I probably perform hundreds of times a day, why should I need to scan through a list of items, find the thing that I want, and then tab tab tab tab tab? There must be a better way.

It's pretty easy to get a basic scripted implementation of run-or-raise working in almost any Unix window manager so long is it is compatible with the EWMH specification (most window managers are compatible).

Setting Up the Script

First, confirm that wmctrl is installed—it should be in the default repositories for most Linux distributions.

Next we write our basic run-and-raise shell script:

What's going on here? The first command takes the string argument given by $1 and checks if it matches one of our running applications'class names. If it matches, it raises the application. If it doesn't match, the second half of the command after the || is run, executing the command given by $2.

Note that if we have multiple windows for the same application open, this will only switch to one of the windows. It doesn't allow for cycling through them. (There are other solutions that do, but I have yet to experiment with them.)

In most cases the $1 and $2 arguments will be the same. If that doesn't work, some detective work is required to find out what class name to pass in on $1. If you run the program and check the output of wmctrl -l -x, the third column will give the application's class name prefixed by ..

The -l flag for wmctrl lists the windows currently managed by the window manager.

We want to save the script we wrote above to /usr/local/bin/run-or-raise, then make the script executable:

Now that this script is executable on our system, we can bind shortcuts to specific applications for run-or-raise.

I use Linux Mint on my computers, so I'm able to go to the keyboard settings menu: 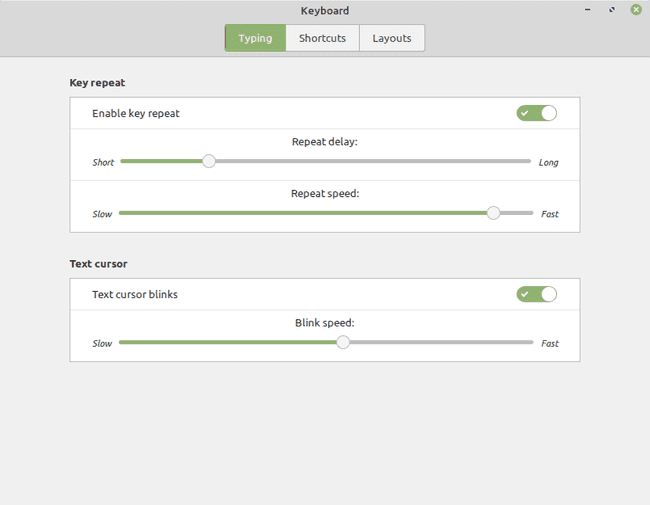 Then in the shortcuts tab, click on "Custom Shortcuts": 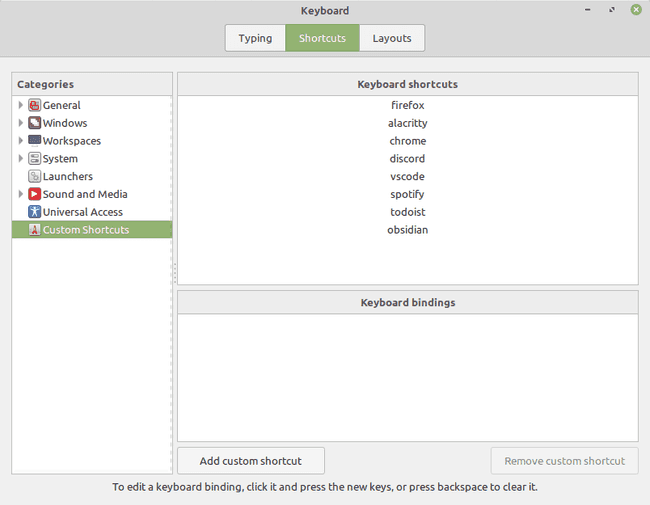 Each of these shortcuts correspond to an application that I have set up with run-or-raise. Using firefox as an example, my shortcut looks like this:

So the command is run-or-raise firefox firefox—firefox is being passed in as the value for both $1 and $2 here. I then bind this command to a keyboard shortcut that works for me: 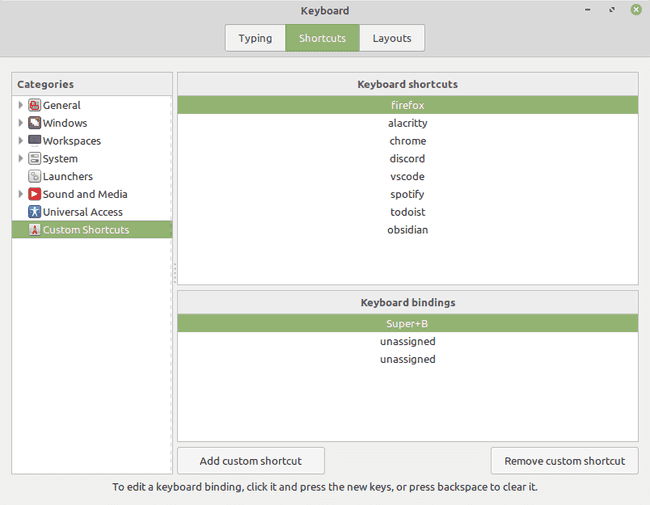 I used Super+B, but you can make it whatever shortcut works best for your current setup.

Note that even though the WM_CLASS from wmctrl for Firefox is Navigator.Firefox, I can pass a case-insensitive substring of that class name to the script with no issue.

Social media not your thing? Shoot me an email: will@willharris.dev